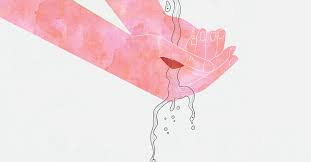 Judaism is obsessed with cleanliness and purity. These traditions go back to the ancient Temple in Jerusalem. The Bible delves into the intricacies of cleanliness as part of the Temple ritual. Jewish life includes layers of cleanliness such as the obligation to wash daily before meals, of Mikva, or regular ritual bathing, and of home cleaning. Judaism advocates meticulous practice regarding the quality and the handling of food which is a byproduct of Kosher laws.

The Jewish way of life was likely responsible for lower rates of contagion for Jews in the Middle Ages during the Bubonic Plague and other pandemics. Christians, noticing this phenomena, were susceptible to conspiracy theories blaming Jews for the plagues. As the panic spread, Christians wondered why Jews were not dying in the same numbers.

Jews were also better off when it came to prepping. Jews had lost their sovereignty in Judaea in Roman times and, as such, they were subject to the vicissitudes and caprice of Kings. Jews, who were banned from owning property, were routinely expelled from cities and Kingdoms, particularly in the 15th and 16th centuries. As a result Jews were more prepared to deal with major dislocations. The present pandemic should serve as a lesson to all of us, going forward, regarding our levels of individual and family preparedness.

Jews are obsessed with cleanliness. Jews are germophobes. Jewish faith and culture teaches this as a central value. The Jewish lesson of cleanliness should be remembered by Jews today and should be studied and adapted, with cultural variations, by all.
Posted by Charles Moscowitz at 11:40 AM